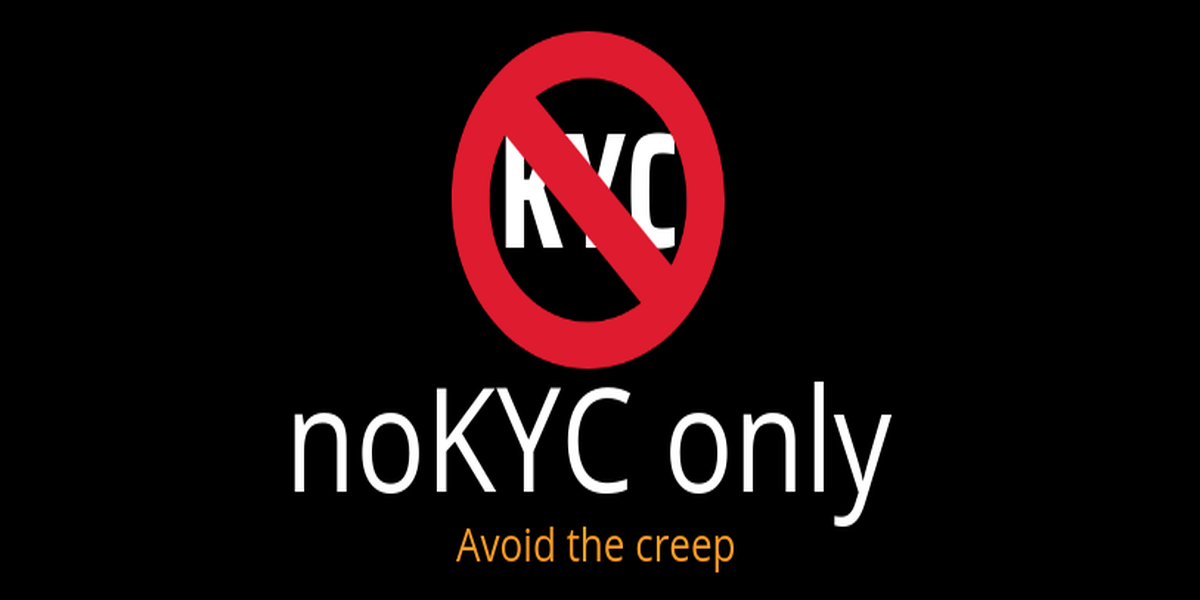 The Dangers of KYC Bitcoin

KYC (Know Your Customer) is when you hand over your personally identifiable information to a third party in order to buy or sell Bitcoin in exchange for government issued currency.

Any individual giving this information away has attached to themselves some degree of risk, particularly in the context of Bitcoin.

The biggest danger to the collection of this data is that is stolen and ends up in the wrong hands. Scammers use this information to send threats and extortion attempts to unsuspecting victims. I know a few people who have fallen victim to this, and it is incredibly hurtful for the individual and to their family. Scammers tend to pick low hanging fruit first, then become more sophisticated in their attempts.

It starts off by sending a link to your email address to confirm your seed phrase. It then escalates to receiving a text message with your name, your address and a threat to send Bitcoin otherwise your family gets murdered. It's not pretty, but it happens. Then it goes all out with kidnapping (you, your wife, your children), asking for large ransoms to be paid in Bitcoin. Another misuse of stolen data is using your identity to sign you up for accounts for nefarious purposes. Exchanges battle with fake accounts being opened up using stolen identities all the time.

Understand that the nature of Bitcoin is such that transactions are irreversible. There is no restitution, there is no charge back, there is no call centre or government agency you can turn to. It is unlikely you will ever see the Bitcoin back again.

A large degree of this whole unfortunate situation stems from the collection of personally identifiable information on exchanges and the purchase of bitcoin related goods.

Unfortunately, the practice of collecting people's data will continue because governments use this information to track, trace and tax individuals. Governments want this data, it is in their best interests to collect it. They have no idea how to keep it safe. Nobody does. Furthermore, governments claim to use it to catch money laundering. The "bad guys" the government agencies want to catch never use their real identities to conduct criminal activity. The only people who get hurt by this are ordinary mums and dads.

Some seem to think lobbying the government to change these rules will work. Unfortunately, it won't. The government has an enormous conflict of interest here. On one hand, it needs this information to ensure people are paying their taxes (taxes are required for government survival) and on the other, it has to collect data and keep it safe. Unfortunately, governments don't have a very good track record of keeping data safe. What's worse is they take no accountability or responsibility for data breaches when they occur. No restitution, no apology, no remediation. Nothing.

Lobbying, creating industry groups, reaching out to your local, state or federal MP or writing submissions will not make any difference whatsoever. The conflict of interest is too great. The decision to collect data has been made and will never be reversed.

So what's the solution?

Start conducting peer to peer trade. If you've got goods, services or skills you can sell, ask for payment in Bitcoin. Offer incentives and discounts to customers who pay in Bitcoin. This is the best method of acquiring Bitcoin without attaching identifying information to it. If someone is paying sats, give them your very best.

If you want more information about acquiring Non-KYC Bitcoin, I highly recommend reading through nokyconly.com. It's a great resource.